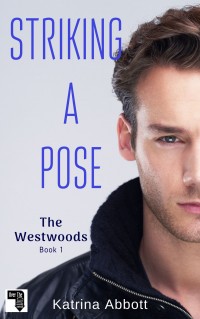 Clayton Henshaw has had enough of drama. Now that the school year has begun, he’s determined to buckle down and get top marks at the Westwood Academy. It might be the only way to convince his father, once and for all, that West Point is not the place for him. MIT is his dream school, but his father—former military and high ranking security official—isn’t convinced. Even though Clay got expelled from his military prep school (on purpose? He’ll never say for sure.) his dad still thinks the service is the life for his only son. Clay’s only way out might be to get a scholarship. Then his father will have no say.

It’s not like he has a social life that will interfere with his studying time. Especially after last year when he discovered the girl he used to crush on attends Rosewood, the all-female school down the road. Why is that bad news? That girl is dating his best friend and roommate. Trying to keep his crush a secret, Clay swears off social events. Best to fly under the radar until graduation. But his well-meaning roommate has other ideas.

Clay fights the pressure, but when it looks like his plan to avoid Rosewood might just work, he gets recruited for his community service assignment at Rosewood. He’s stuck helping out new girl, Indigo O’Reilly, with her art project. The two butt heads—she’s prickly and oversensitive, and Clay doesn’t understand art—it’s math and physics that make the world go around, after all.

But then Clay makes a grave mistake. One that might cost him not only his future, but his place at the school. And maybe worst of all? His best friend.

When Indigo steps in, he has no choice but to let her help him. Maybe the buttons she presses aren’t all the wrong ones. And the more they work together, the more they realize they might just have something in common.

Striking a Pose is the first book in The Westwoods, a fun and flirty series for readers who love to laugh and read about hot guys. Because yes, there are hot guys. If you haven’t read The Rosewoods Brooklyn series, there are hot guys there, too, and that’s where the story really starts. Check out book one, Taking the Reins.

(You can read this book independently, but there are spoilers for the other series. Reader beware!)

Get your copy now at: Amazon, iBooks, Barnes and Noble, Kobo, or Google Play