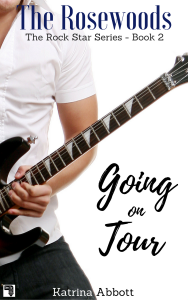 Book 2 of The Rosewoods Rock Star Series. Get your copy at: Amazon, iBooks, Barnes and Noble, Kobo, or Google Play. It’s also available in paperback.