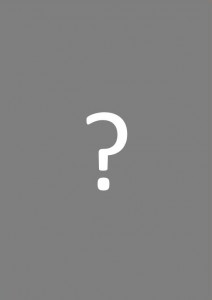 Now that you’ve read Making Ripples (you have, right?), you’ve seen the excerpt for Acting Out, which is Chelly’s story. Chelly is one of my favorite characters to write because she’s so funny and outspoken. BUT, you know there’s more to her, too. You’ve seen bits of the real girl behind the big personality, but now it’s time she got her own book.

Seychelles Spencer—Chelly to her friends—is the resident bombshell at The Rosewood Academy for Academic Excellence; Westwood boys want her and Rosewood girls want to be her. But being the popular girl isn’t everything it’s cracked up to be, especially when that girl is all an act. Oh, she’s not exactly lying about who she is, it’s just that the confident, outgoing exterior is quite different from the girl inside.

Not that it’s ever been a problem for Chelly. Until now. Because now that she sees her friends settling down with boyfriends, she’s decided she no longer wants to be the carefree girl who gets all the boys’ attention. Now she wants to draw the attention of one guy and get herself a steady boyfriend.
But before she can make that happen, a game of truth or dare that was supposed to be stacked in her favor goes terribly wrong and Chelly finds herself at the center of a dare that will make sure she never gets a guy. Still, she’s determined and will do whatever it takes to get herself a guy of her own.

But who? And at what cost? And most importantly, is she ready to drop the act?

Acting Out is the seventh installment of The Rosewoods, a Young Adult series for readers who love fun, flirty love stories.

And I am SO EXCITED about the cover that I got some amazing bloggers involved in doing a cover reveal with me, so you’re going to have to visit them to see the cover and also enter in the Giveaway for a $25 Amazon gift card:

So head on over to these blogs to see the cover and please show some love while you’re there!